AND THE BLACK SEA REGION

LESSONS OF THE GENGHISID EMPIRE

The main idea of the exhibition is a rare opportunity of presenting the findings that reflect the outcomes of the political and cultural globalisation of the Ulus of Jochi (the Golden Horde), one of the largest and most ethnically diverse states formed by Mongolian nomads following the breakup of the single empire in the 1260s. The Jochi Ulus grew out of a personal domain (Turkic yurt, Mongolian nuntug) allocated by Genghis Khan to his eldest son in the area held by the ‘forest peoples’ of North-Western Siberia (with a centre near the upper reaches of the Irtysh River). Here, Jochi fulfilled his father’s wishes by subjugating the Oirats, the Buryats, the tribe unions of Baryn, Ursud, Kabkanas, Kingkas, and Tubas (the Kyrgyz people headed by their chieftains joined the Ulus voluntarily) in 1207-1217 and 1221. Apart from the ‘forest peoples’, the founder of the Empire also gave his eldest son Khwarazm and Desht-i Kipchak, which still had to be conquered (in Jochi’s lifetime, the whole Desht-i-Kipchak was his domain in name only). The subjugation of the European steppes, as well as Bulgaria, Crimea, and the Caucasus all the way to Derbent did not take place until 1236, under Jochi’s son Batu, who headed the Central European campaign in 1240-1242.

One of the main achievements of the Genghisid Empire, given its extreme centralisation of authoritarian power on the Eurasian scale, was a rapid growth of international and local trade. This process was accompanied by the introduction of ingot circulation for large transactions (silver soms of the 200g standard) and of a single coin minting system based on the silver dirham on vast steppe areas starting from the 1250s-early 1260s. The market evolution processes naturally gave a boost to urbanisation, which meant the development of city-based trades and crafts. In the end, these massive changes which affected the area between the Yellow, Black, and Red Seas during the Pax Mongolica, were focused on regionalisation, which resulted in the formation of a whole number of settlement clusters in the Eurasian steppe zone. New economic and cultural centres emerged here. In the Golden Horde, there were over twenty of them around the middle and lower reaches of the Volga alone. The major ones were Sarai-al-Makhrusa (Palace Preserved by God) and Gulistan. In South-Eastern Crimea, the Turkic Solkhat which had grown out of a Mongolian yam was developing alongside the originally Greek Sudak and Genoese Kaffa, while the South-West of the peninsula had cities like Chufut-Kale, Kyrk Or, and Bakhchisaray; one should also mention the Venetian Tana (Azak) in the mouth of the Don. The 14th century saw the continuation of globalisation processes, which were not prevented by the crisis of the Black Sea trade caused by the capture of Tana by the Golden Horde, or by the plague epidemic of 1348-1349, or the Genoese-Venetian wars of 1350-1355.

In the first section of the exhibition, we consider the rider culture of the Genghisids of the late 12th-14th centuries, primarily focusing on the rider’s gear and horse livery, as well as on the utensils used at warrior feasts. The example of the bocca, the headdress worn by a married woman, showcases the self-presentation of a Mongolian woman. Some women’s ornaments and Mongolian filigree items are also on display.

The next section deals with the urban culture in the east and west of the Genghisid Empire. In our display, we try to trace emergence of a unique cultural process which was conditioned by the absorption of world religions (from various forms of Islam and Christianity to Buddhism) which displaced Tengrism, the cult of the divine Sky.

The exhibition pays special attention to the matters of the Genghisid globalisation in the North Black Sea Region. This showcases the fact that Crimea and the Black Sea coast were a territory of contacts that linked the Eurasian steppes with the Mediterranean civilisations.

Solkhat, the capital of the Golden Horde in Crimea, had an important role in promoting this dialogue with the cultures of Southern Europe, Byzantium, and Asia Minor. This is where the features of a new artistic experience emerged, reflecting the innovations of the Latin-Byzantine West in their interplay with the traditions of the Turkic-Mongolian East. This theme is largely represented by items discovered by excavations held by the State Hermitage archaeological expedition in Stary Krym. 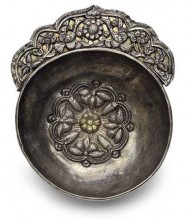 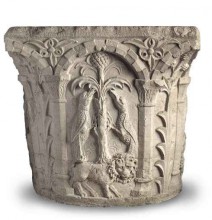 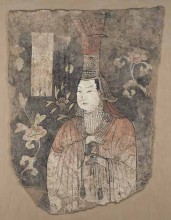 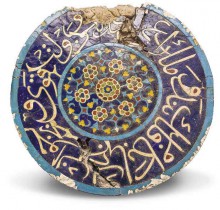 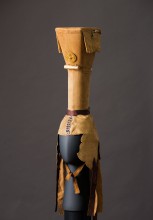 An illustrated scholarly catalogue has been prepared for the exhibition (Mardjani Foundation, 2019). The curators of the exhibition are Mark Grigoryevich Kramarovsky and Anastasia Nikolayevna Tepliakova, State Hermitage’s Department of the East. 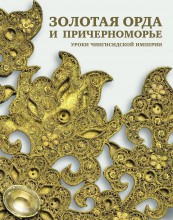 Where: The Hermitage-Kazan Exhibition Centre, Kazan